Making it easier for people to digitize artifacts 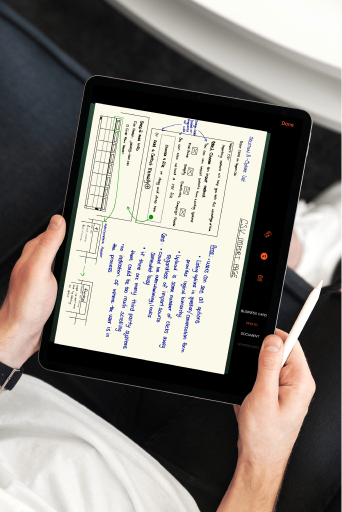 Microsoft Office Lens is a mobile phone scanner application with some advanced features. Office lens is able to create vectors from shapes in a picture, convert pictures of documents into word documents and even read aloud from photographed documents. At the time of this project an Android, iPhone and Windows versions of the application were available.One of the most requested features on user voice was to provide an iPad version of Office Lens.

The goal of this project was to optimize the Office Lens mobile app for the iPad.

Worked as a Program Manager on the Office Lens team.
As a Program Manager I was responsible for design, user research, market research and project management. I created detailed business justifications for each feature I worked on including estimated impact on usage metrics. I was also responsible for managing the official Twitter account to promote new features and recruit user testing participants. Presented updates and new feature ideas to the rest of the Program Management team at biweekly meetings. Final designs were communicated to Graphic Designer for approval.

Read user reviews and submitted feedback on sites such as User Voice. Used personas created by previous interns to understand user characteristics. Recruited users for user interviews to better understand what they needed the iPad version for. Designed and conducted the user interviews, which resulted in better defined user personas.

Researched competitors iPad applications and reviews to understand what features users liked or disliked. Used App Annie and Google to understand how to phrase the app description to make it higher in search results with other competitors.

Requirements were written based on the resources available to work on the process as well as results of user and market research.

You can see the app on the app store here.